ATP (adenosine triphosphate) is our bodies main source of fuel for muscle energy. When performing an exercise or physical activity, our body needs ways to produce this valuable energy source according to the duration. During the initial few seconds of exercise, our body will use the stored ATP in our muscle cells and then go through a series of energy systems to produce more ATP.

With the onset of exercise, in around 3 seconds, our body depletes the stored ATP and begins to rely on the ATP/PC cycle to produce energy. This cycle lasts for about 10 more seconds and is how we produce explosive force in a short period of time.

The ATP/PC system is the most effective system at producing ATP and produces much more than the other energy systems, but is very short in duration and takes time to recover.

Phosphocreatine is a substance that is floating around our muscles just like ATP. Our muscles will use this compound to produce more ATP. Our body will break down this PCr molecule into creatine and phosphate, which releases energy that replenishes our ATP.

Creatine is a popular supplement for good reason. Creatine is one of the most researched and evidence-supported supplements and you can see why. More creatine floating around our cells means more fuel to produce more energy during this ATP/PC system!

The ATP/PC system takes around 3 minutes to fully restore. This energy system is what strength athletes and powerlifters rely upon, and this is why long rests between sets are often taken.

Maximally heavy sets of resistance exercise in the 1-3 repetition range rely on this energy system.

As the ATP/PC cycle begins to exhaust itself, glycolysis ramps up. For 1-2 minutes, the glycolytic cycle becomes our bodies way of producing ATP. Glycogen is a stored form of sugar in our muscles and liver. When we break this glucose down its called glycolysis. This complex metabolic process produces a small amount of ATP.

Whether oxygen is present or not determines the byproducts of glycolysis. When glucose is broken down without the presence of oxygen, lactic acid and ATP is formed. This is called the Lactic acid cycle.

Lactic acid is a byproduct formed during anaerobic glycolysis. The build-up of this molecule is what the burning and fatigue we feel during an exercise are associated with.

The Lactic acid system is what many athletes use when they are working for longer than about 10 seconds. 200m sprints and 100m swims, MMA fighters, Strongmen during longer events are all examples of athletes who want to maximize their training for this system.

Sets of resistance exercise in the 12 repetition range often take around 45-60 seconds to complete, optimally training this system. This is where many athletes training lies and this energy system is the most commonly used.

The next step is called the Kreb cycle, or citric acid cycle. In this cycle, the pyruvic acid is further broken down to produce ATP and more byproducts. In this process, hydrogen ions are formed which are used in the third step.

In the third step of the oxidative system, these hydrogen ions are shuttled down something called the electron transport chain, further producing ATP!

The oxidative system is what our body uses for long bouts of energy expenditure. Endurance sports such as long-distance running, long-distance swimming, biking all utilize this oxygen driven energy system.

This is why oxygen is so important for performance, especially in endurance-based sports. Many people develop poor breathing patterns from muscle imbalances. Instead of breathing from their diaphragm, people begin to use secondary respiratory muscles such as the chest and neck.

Cardiovascular exercise requires oxygen and performing 30-60 minute sessions of light paced jogging or another exercise is the best way to train this system. 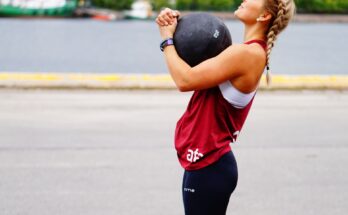 How to modify a program on days you’re feeling tired. 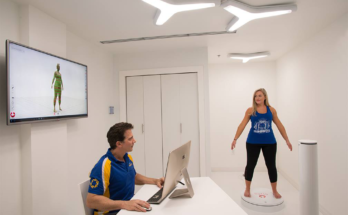 What is a Styku scan and how can it help you track your progress? 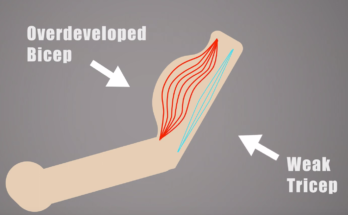 What is a muscle imbalance and how do I fix it?

View all posts by Ely Jennis →

This website is a tool to help you optimize exercise for any activity. To get an idea of where to start, read THIS post on muscle imbalances, then perform one or more Assessments. Next, you can understand your results with the Dysfunctions page, and begin to incorporate Corrective Exercises into your programming.

How to modify a program on days you’re feeling tired.

What is a Styku scan and how can it help you track your progress?

What is an exercise assessment and why is it important?

The Belt Squat – a great squat alternative for strength and recovery